Master Instructor Joe Goytia has been involved in the martial arts for over 30 years. He has several black belts in traditional martial arts such as Tae Kwon Do and Karate. He is a certified instructor in Bruce Lee's Jeet Kune Do and Filipino Kali under two of JKD's top instructors, the late Ted Lucay Lucay and Paul Vunak. Both of whom have trained under bruce Lee's protege Dan Inosanto. Joe has extensive training in Brazilian Jiu Jitsu, Indonesian Pentcak Silat and shootwrestling. In combat sports Joe has won several championships in boxing and kickboxing during his tour of duty with the US Marine Corps. As a trainer in combat sports he has trained several fighters to championships in boxing, kickboxing and mixed martial arts. While in the Marine Corps Joe became an instructor of hand-to-hand combat to Marine Corps united. In a civilian capacity he has continued to train Marine Corps personnel in hand-to-hand combat as well as training state and local police.​ 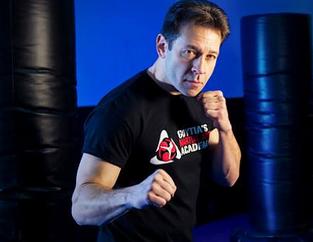 This class is designed to get a person in the best shape of their lives. Using methods of kickboxing, plyometrics, MMA conditioning, and other scientific sport related exercises this class will turn your body into a lean, muscular, fat burning machine. Wheter you're a MMA fighter getting in shape for a fight, or a man or woman that wants to get in the best shape of your life, this class is for you. The hardest workout you will ever love.

MMA is a highly functional fighting sport using several martial arts styles such as: Thai Boxing, Jiu Jitsu, Wrestling and Boxing. Our program is well rounded in all these areas. Whether you are a person who wants to compete, or looking for a tough recreational sport, this is a great class for you. Our students have an impressive 85 percent win rate in MMA competition in over 150 matches.

There are no rules when your life is in danger. You must know how to effectively and powerfully deliver attacks and counter attacks to vulnerable targers such as the eyes, throat and groin while standing or on the ground. Jeet Kune Do, the art developed by the legendary Bruce Lee, will teach you how to turn all your bodies' natural weapons into a highly functional combat machine. We teach both the original method of Jeet Kune Do, as was taught during Bruce Lee's lifetime, and also the concept method with additional fighting arts.

Our children's program is designed to teach a child proper martial arts skills that they can use to defend themselves and at the same time develop coordination, balance, self-control and respect for themselves and others. Moreover, children in martial arts have a tendency to get better grades in school due to the concentration they learn from martial arts training.